In religious sectors, the Sri Yantra is key to the system of Hindu worship known as the Shri Vidya. Those who practice this spiritual philosophy see the symbol as a visual representation of “the beauty of the three worlds.” You can identify the Sri Yantra through its magnificent use of sacred geometry. The symbol is drawn from a group of nine triangles that interlock around a central point, which is referred to as Bindu. In Hindu beliefs, the Yantra’s four upward pointing triangles are the representation of Shiva – the masculine. The five remaining downward facing triangles are meant to be the visual embodiment of Shakti – the feminine.

The Sri Yantra combines the nature of the sacred feminine and masculine and is representative of their union. The power that this union holds is recognized by the Shri Vidya as well as those who understand the significance, influence, and potential that sacred plays in our everyday lives. It’s no coincidence that we can stand in awe of the beauty and perfection that nature wields the ability to create. Some would argue that a great deal of these qualities is a direct result of nature’s application of sacred geometry in its natural patterns of creation.

The Sri Yantra is an intricate symbol that is representative of various sacred elements in the metaphysical world. In the Shri Vidya school of Hindu tantra, the powerful symbol is hailed and used as a special diagram that can aid in spiritual efforts. It’s said that humanity’s journey through spirituality, from primordial existence toward attained enlightenment is embedded into the symbolism of the Sri Yantra. The journey is described as taken in steps that lead toward the central point.

The Sri Yantra as a Tool

The Sri Yantra is a tool that helps it’s users unveil the totality of existence in order to aid in one’s personal journey of spiritual progression. The symbol is regarded as the mother of all Yantras has been utilized for over 12,000 years. All Yantras are used for meditation with the traditional purpose of using sacred geometry to help balance and exercise aspects of both the left and right brain. Mimicking many aspects of nature’s design the Sri Yantra is mathematically precise. The symbol is based upon principles illustrated by the Phi ratio also known as the Golden Proportion.

Our team at Madrigal Records has a high level of respect for nature, sacred geometry and the philosophies associated with it. We believe the Sri Yantra is a powerful tool that can aid in raising your vibration and helping manifest your goals. 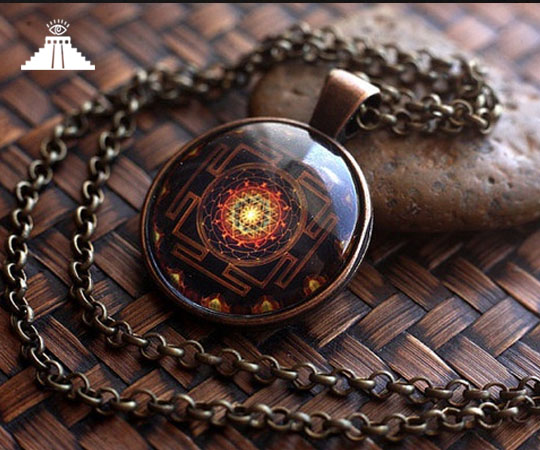 Madrigal’s Market is our label’s digital store where we feature meditation tools, handcrafted items, tapestries, arts and much more. Visit the marketplace to purchase your own Sri Yantra Necklace and easily carry the power of sacred geometry everywhere you go. Contact us if you have any questions regarding our products or services. 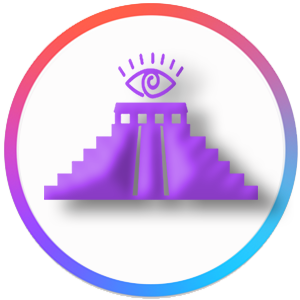